This post shows the process of setting up a remote samba server in a docker container.

Since 1992, Samba has provided secure, stable and fast file and print services for all clients using the SMB/CIFS protocol, such as all versions of DOS and Windows, OS/2, Linux and many others.

Samba is a free software re-implementation of the SMB networking protocol, and was originally developed by Andrew Tridgell. Samba provides file and print services for various Microsoft Windows clients and can integrate with a Microsoft Windows Server domain, either as a Domain Controller (DC) or as a domain member. As of version 4, it supports Active Directory and Microsoft Windows NT domains.

Any machine that is capable of running docker will do just fine.

I don’t recommend any particular cloud provider, but i would stay away from the big three (AWS, GCP, Azure) despite their very attractive prices.

EC2 might be a little intimidating if it’s your first time setting-up a server, there is a lot of ACL and firewall rules you need to setup just to get something up and running.

Prices are NOT consistent throughout all data centers.

Lightsail is much more beginner friendly but you pay a small fee for the nice UI and the ability to remotely SSH into your machine from the browser.

Compute Engine offer extremely cheap CPU, RAM and disk space. you even get a free f1-micro instance as part of their Always Free Tier. but, you will find your self paying alot for traffic per GB inside and outside their data centers.

Prices are NOT consistent throughout all data centers.

Arguably it’s not that much (my bill was around 1$ last month) but it’s something to keep in mind if you are going to use it for production load.

Pricing starts from $5/month for 1TB of traffic which more than enough.

Their prices consistent throughout all data centers.

If you have a windows machine laying around and you are planning to use it as a SMB server, that’s completely fine.

you can simply install docker from this executable:

In case of a debian-based linux distribution (which i highly recommend) you can run this to get up and running:

By default there are no shares configured, additional ones can be added.

Create 7 users (pc1-pc7) and 1 share called (central) that mount inside the container’s root directory /central with the following configuration:

for a full list of of configurations and environment variables, please refer to the maintainer’s documentation: https://github.com/dperson/samba

Run docker container ls to make sure the container is running in a Healthy state: 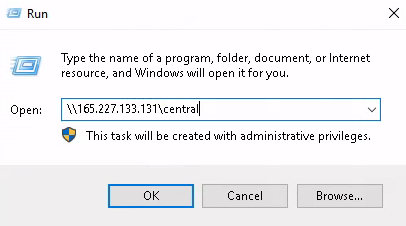 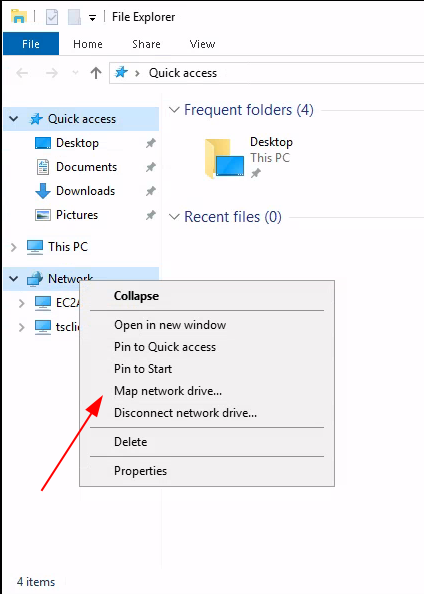 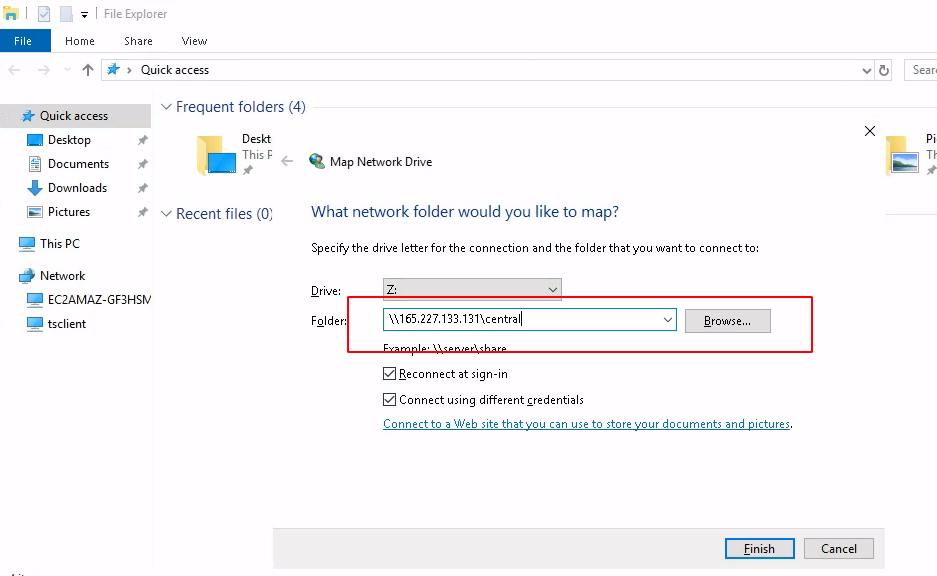 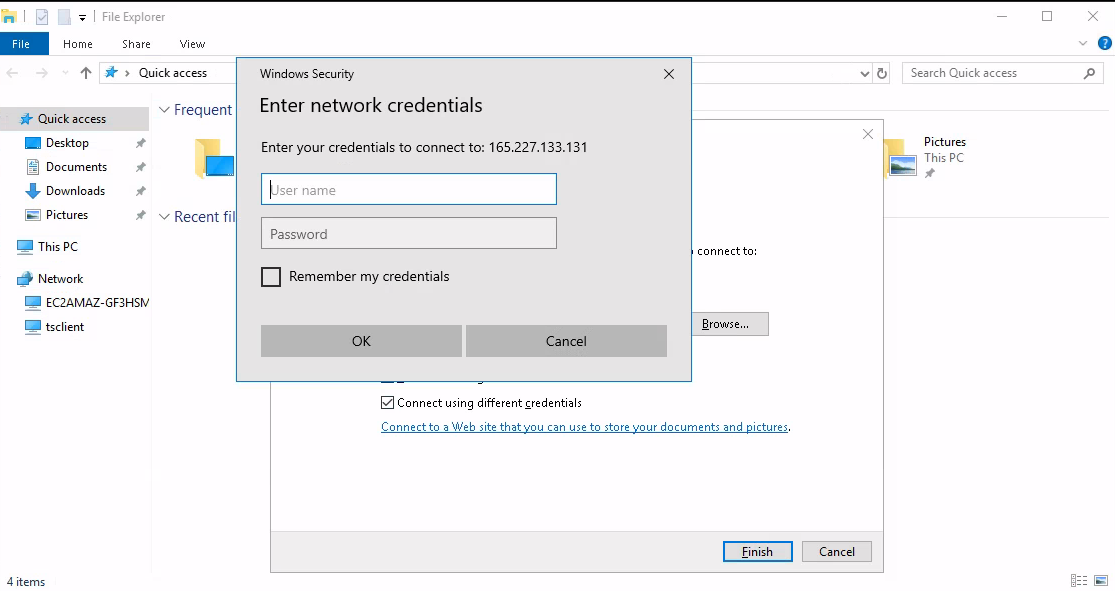 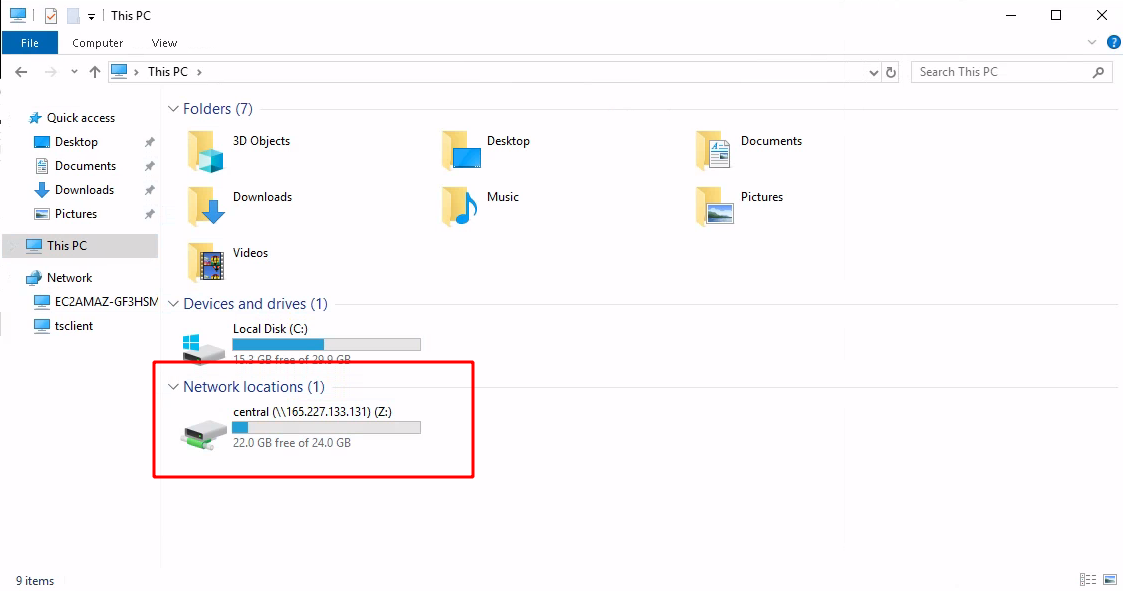 The proper format for connecting to a share is: \\<domainname>\share where domain name can be an IP or fully qualified domain name. \\ellembi.party\central is 100% valid.

Register a cheap domain name and assign it to server’s IP. typing domains is easier that typing IPs.

Can you use google compute storage with computer engine and FUSE?

It’s NOT a good idea to use an object storage solution + FUSE as a filesystem. YES it will work. YES it might look cheaper at first but: 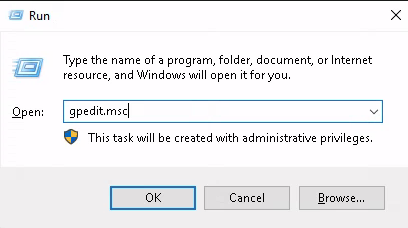 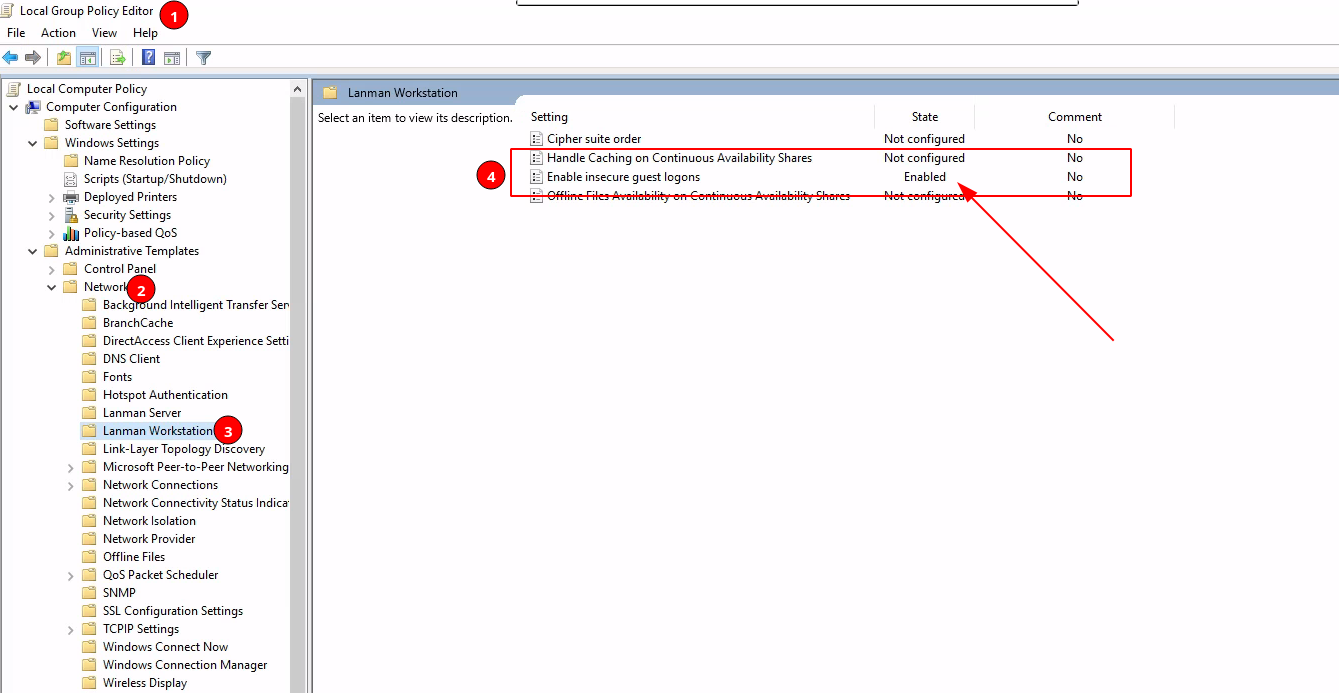